What the Heck is Satan?


Satan who or what is it and why all the confusion? 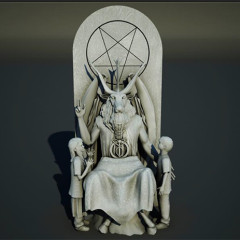 Satan is most of the time used as a noun instead of a verb. Nevertheless, if we went back to the original language, we then will understand where all the confusion came from.
First off, we must let the Old Testament interpret the New Testament and not the other way around. The New Testament affirms its obligation to the Old Testament in the book of Matthew. It is the genealogy of Yeshua that is displayed, in Matthew’s gospel, by a look back over Old Testament passages.
Language Indicator
The first testament went by the Hebrew language while the second testament goes by the Greek. When one language is interpreted into another, there can be a barrier on its meaning. When the term satanas in Greek or sawtawn in Hebrew is used, it means one and the same which is an adversary 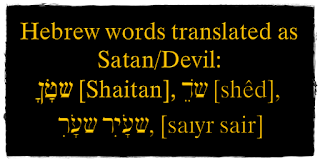 Looking Back
The word satan in the Hebrew is ha sawtawn or the satan, and is properly translated as opposer or adversary. Anytime the word “satan” is used it should have the word “the” beside it at all times. The only way to agree with the Hebrew is to let the word say what it means.
With the Hebrew language displaying the word “the” beside satan, as in “the satan,” would that then confirm that it is not speaking of a noun. Have you ever heard someone call someone else “the John” or “the Susan” when voicing out their name?
I would not think so either. In fact, I would feel insulted if someone used the word “the” beside my name. So, “the fact sawtawn is preceded by ‘ha,’ which means ‘the,’ shows us that it is a common noun, and refers to a title of someone or something and not a proper noun that would indicate the name of someone or something.”1
Common Noun and Proper Noun
Many of us already know what a noun is. Nouns are words that give a name for people, places, thing or ideas, and there are even many different types of nouns. A proper noun uses a capital letter when naming specific things, ideas, places and or people. When it comes to a common noun, it also gives the name of things, ideas, places, and people, such as men, kitten, town and sandal, but they are not seen as specific as the proper noun is.
Proper Hermeneutics
Proper hermeneutics “…is the science and art of understanding, translating, and explaining the meaning of the Scripture text,”2to determine what the original audience understood a passage of Scripture to mean. Since a word tends to change its meaning over time, it is appropriate to know the time frame of the letter. By knowing the date, we then would know what vocabulary was being used at the time.
Who is the bogeyman?
A bogeyman is said to be a legendary ghost-like monster. The bogeyman, within Christianity and religious circles, is said to be Satan. This Satan is looked at as a proper noun instead of a common noun, which is what makes this bogeyman out to be scary.
Not only do most religions, within Christianity, has a Satan, that goes by a proper noun, but they also have demons who are said to submit to this Satan. Furthermore, Satan is said to go by other names such as Lucifer, the devil, the dragon, the beast, the antichrist, the serpent, the anointed cherub and maybe even others. However, the other names the Satan, in Christianity, is said to go by could easily be seen as a common noun other than for Lucifer, which was a mistranslation from the Latin “the morning Star” which turns it into a common noun.
Ellicott’s Commentary for English Readers has this to say about Lucifer:
“The word for Lucifer is, literally, the shining one, the planet Venus, the morning star, the son of the dawn, as the symbol of the Babylonian power, which was so closely identified with astrolatry.”3
If we were brave enough to read the Bible, we could understand what devil and demons really are. Such as in Leviticus or Deuteronomy these devils and demons, taught within Christian circles, are none other than man-made hairy goat-idols.4
Albert Barnes’ Notes on the Whole Bible has this to share about devils:
Leviticus 17:7
Devils – The word in the original is the “shaggy goat” of Leviticus 4:23. But it is sometimes employed, as here, to denote an object of pagan worship or a demon dwelling in the deserts 2 Chronicles 11:15; Isaiah 13:21; Isaiah 34:14. The worship of the goat, accompanied by the foulest rites, prevailed in Lower Egypt; and the Israelites may have been led into this snare while they dwelt in Egypt.
Did Israel believe in Devils and Demons?
For Israel, during the early days of their establishment, under the covenant with Abraham, and later broken off into twelve tribes through the sons of Jacob, it was known that they did not believe in demons or other gods. Yahweh even declared to Israel, in Isaiah 45:5, Deut. 4:35, Ex. 9:14, Isaiah 43:10 and many others, that there is no other god and never has there been.
Conclusion
The only way for Israel, which is the sons of Jacob broken off into twelve tribes, to have ever given regard to devils and demons as gods, the way most in Christian circles believe these days, is when they were in bondage being influenced by pagan worship by other nations.
1  E-book pg. 279 chapter 10 in “Satan: Christianity’s Other God” by James R. Brayshaw
2 7 Principles of Biblical Interpretation By Wayne McDill
3 Ellicott’s Commentary for English Readers on Isaiah 14:12 at Biblehub
4 introduction in “Satan: Christianity’s Other God” by James R. Brayshaw

June 17, 2017
Sons of God – angelic beings or human beings? Sons of God – Are they Angelic Beings or Human Beings David Curtis, of Berean Bible Church located in Virginia, is teaching the Scriptures, verse by verse, in the book of Ephesians at this time and is in chapter 6 speaking of spiritual warfare. Many use the  Eph. 6  passages to support their theory that we are wrestling against demonic forces but that is not what is really being spoken of in this message since most Preterist believes that the imaginary devil has been defeated, according to  Hebrews 2:14 , and is now either annihilated or in the lack of fire. AUDIO CKIP Sons of God – Genesis 6:2 – Q & As BBC Jan 25, 2015 What is being said in this message is that the “sons of God” is referring to “angelic beings” and David has listed three statements on views, that some, Preterist might hold today: Last week we started a series on spiritual warfare, and we looked at three positions that are held by believers on Satan
Post a Comment
Read more
June 17, 2017
Sawtawn (Satan) In Job Sawtawn “…the word “Satan” in the original Greek and Hebrew,  both in the Old Testament and the New,  comes from the same word.” As I stated earlier, of the 19 times that the word “sawtawn” is transliterated as “Satan,” 14 occur in Job. We will have to read those 14 passages in order to understand who or what caused all of Job’s trouble. In the modern churches, it is common teaching that this fallen angel, this supernatural, angelic being, called “Satan,” was responsible. There was a man in the land of Uz, whose name was Job; and that man was perfect and upright, and one that feared God, and eschewed evil. And there were born unto him seven sons and three daughters. His substance also was seven thousand sheep, and three thousand camels, and five hundred yoke of oxen, and five hundred she asses, and a very great household; so that this man was the greatest of all the men of the east. And his sons went and feasted in their houses, every one his day; a
Post a Comment
Read more
June 17, 2017
Eden – figurative or literal in Ezekiel 28 & 31 Ezekiel 28:13 – Thou hast been in Eden the garden of God; every precious stone was thy covering, the sardius, topaz, and the diamond, the beryl, the onyx, and the jasper, the sapphire, the emerald, and the carbuncle, and gold: the workmanship of thy tabrets and of thy pipes was prepared in thee in the day that thou wast created. Eden – figurative or literal  is the next issue that David B. Curtis, of Berean Bible Church , has been speaking on, this February 1st 2015, on his part 2 message of Spiritual Warfare. AUDIO CLIP Eden – Ezekiel 28 & 31 – Q & As BBC Feb 01, 2015 Ezekiel 28:13  could easily be speaking of Tyre in which he was born into the position he has once held. Ezekiel 31:18  –  To whom art thou thus like in glory and in greatness among the trees of  Eden ? yet shalt thou be brought down with the trees of  Eden  unto the nether parts of the earth: thou shalt lie in the midst of the uncircumcis
Post a Comment
Read more